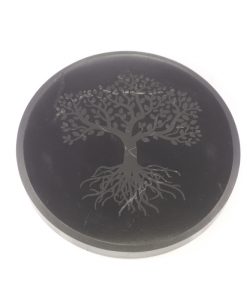 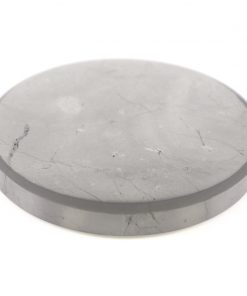 These beautiful stands have a Tree Of Life engraved on them. They are very versatile too! You can use them to pop your glass on which people say will help structure the liquid. Try placing them on any painful area to bring relief also. There really are unlimited ways to use these – we are in the process of trying all sorts of things like placing our pet’s food or water bowls on them.

ABOUT THE SYMBOL – TREE OF LIFE

In Norse mythology Tree of life (Yggdrasil) is an eternal green ash tree of life that connects all nine worlds and is a centre of life and spiritual cosmos. One of its roots lies in Asgard and is the home of gods, while the other is in Hel, which is the underworld of Norse mythology. The third root is in Midgard, the realm of mortal men. This way, Yggdrasil connects worlds of mortal, divine, and dead. As Yggdrasil is the centre of the spiritual universe, the well-being of the world depends on the well-being of Yggdrasil, and its trembling is the harbinger of Ragnarok, which is the destruction of the universe. That is why it is important for the universe to keep itself in balance. This way, Yggdrasil symbolizes life itself, as well as the flow of energy between physical and spiritual worlds as it grounds and stabilizes balance between them. It can provide a greater connection to the Earth as well as to the cosmos

Made from Type 2 Shungite

Shungite clears the energies of the entire body and opens one to receive Spiritual Light. Shungite also operates on the molecular level, freeing us from the bondage of negative patterns and energies. Shungite is a stone of Truth, it tends to dispel one’s self-harming or self-defeating habitual patterns. Shungite is wonderful for cleansing and purification too. Shungite also offers an aura of psychic protection, primarily because of the energetic alignment it facilitates……..Read More About Metaphysical Crystal Meanings