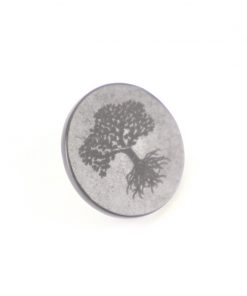 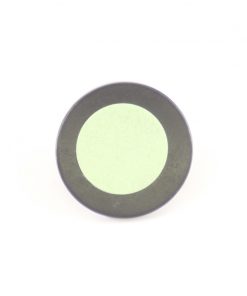 These mobile phone disks attach to the back of your phone. They can be used on cordless phones also. They are etched with a beautiful Tree of Life symbol and made from Type 2 Shungite.

Scientific research and experiments have shown that placing Shungite close to your cell phone, laptops, computers and other electronic sources significantly weaken the impact of electromagnetic radiation on the body.

Shungite is said to balance and harmonize negative EMF energies making them more biocompatible to the human form.

Suitable for all mobile phones including all smartphones.  As this is a passive product, there is no impact on the long term functionality of the device or the service.

ABOUT THE SYMBOL – TREE OF LIFE

In Norse mythology Tree of life (Yggdrasil) is an eternal green ash tree of life that connects all nine worlds and is a centre of life and spiritual cosmos. One of its roots lies in Asgard and is the home of gods, while the other is in Hel, which is the underworld of Norse mythology. The third root is in Midgard, the realm of mortal men. This way, Yggdrasil connects worlds of mortal, divine, and dead. As Yggdrasil is the centre of the spiritual universe, the well-being of the world depends on the well-being of Yggdrasil, and its trembling is the harbinger of Ragnarok, which is the destruction of the universe. That is why it is important for the universe to keep itself in balance. This way, Yggdrasil symbolizes life itself, as well as the flow of energy between physical and spiritual worlds as it grounds and stabilizes balance between them. It can provide a greater connection to the Earth as well as to the cosmos